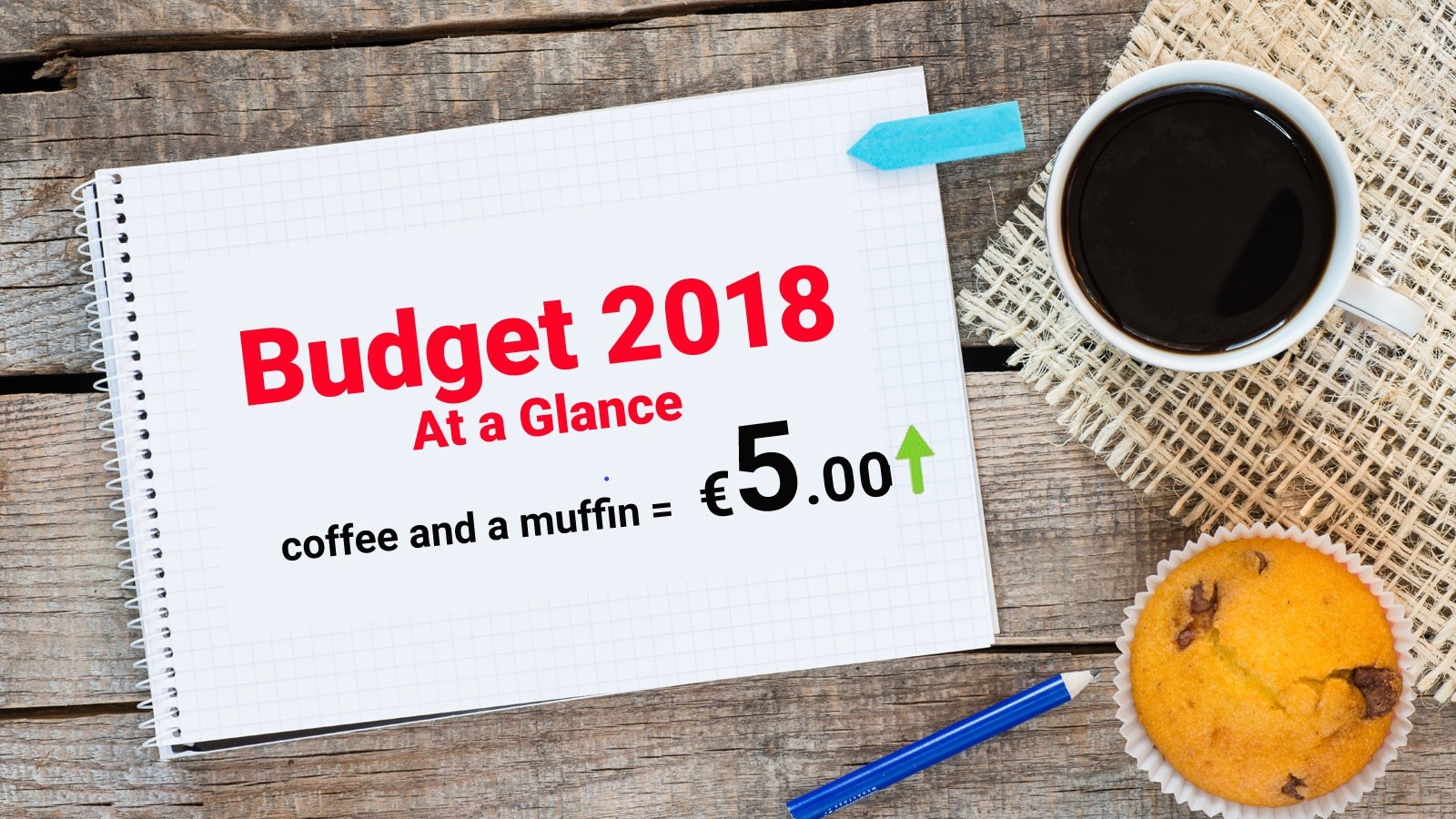 The Coffee Cup Budget (and muffin?)

There was no major surprises in the Budget as it had been well leaked in advance. The attempts to ease the burden on middle-income tax payers are modest, but at least moving in the right direction, we can however have a coffee and muffin on the Minster for Finance.

I will skip all the headline bits as I have them below and give you the bits you can throw out in conversation over a coffee or drink.

Cigs went up 50c and there will be a sugar tax. Booze was left alone but the excise revenue which includes these brings in €5.8 billion. Yes by drinking more you are helping the economy (only joking).

The interest on our national debt is €6.1 billion (in main thanks Anglo, Nationwide, bond holders  etc..).  Health spending €15.3 billion and increasing, plus Education at €10 billion to name a few of the big spenders.

New car sales declined by just over 10% in the first 9 months of the year. Sterling weakness and high motor-related taxes are leading to a surge in imports of second hand cars from the UK.

Surprisingly given the weakness of sterling, exports to the UK increased by 12.6%. It is probably the case that Irish exporters to the UK are using price to maintain competitiveness,  which may not be a sustainable situation for exporters in the longer-run;

While the Irish economy continues to enjoy strong and broad-based growth, it is clear that there are significant challenges ahead.

On the taxation side, the key measures in Budget 2018 include:

Small steps in the right direction but to be fair he had little to play with. Lets hope the price of a coffee and muffin does not rise in the New Year, just when we were looking forward to the extra few euro and treating ourselves.

I hope this short review helps you get a handle the budget and of course if you have any questions just ask and I will do what I can to get you the answers you need.